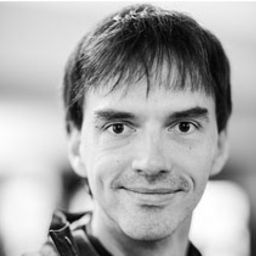 Ernesto Baschny was born in São Paulo, Brazil in 1976 - son of a German mother and Austrian father. He's got involved with the early Internet back in 1994, when he worked on one of the pioneering commercial ISPs in Brazil at that time - creating first "HTML 3" sites for his customers. Moving to Germany in 1996 he studied computer science in Stuttgart and never stopped working with Web technologies ever since.

He joined the now co-owned company cron IT GmbH in 2002, providing IT, Security and Web solutions to it's customers.

Aside work he lives with his wife and two kids. At home he speaks Portuguese with his family - trying keep the language alive for his kids. He loves to play with them and enjoys good food (and a nice "Churrasco"). As usual for a Brazilian, he loves to watch and play soccer, and is a fan of São Paulo FC in Brazil and VfB Stuttgart in Germany.